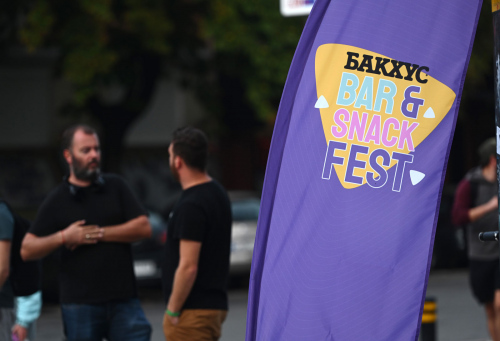 Bacchus: Bar & Snack Fest
Sofia will host a new cashless fair organized by the Bacchus Team – Bar & Snack Fest that will take place on the weekend of 10-11 September in the park of the National Palace of Culture, in front of Cabana cinema. The festival is aimed at everyone who would like to taste:
At the event, all food and beverage can be purchased with debit / credit card or digital wallet via smartphone only.
The event is held with the support of Sofia Municipality. General co-host of the event is Vazrajdane Markets.
The event takes place thanks to the help of Mastercard, JTI, Coca-Cola, Bulldog, Jack Daniel's, Finlandia, Naked Malt & Schweppes.